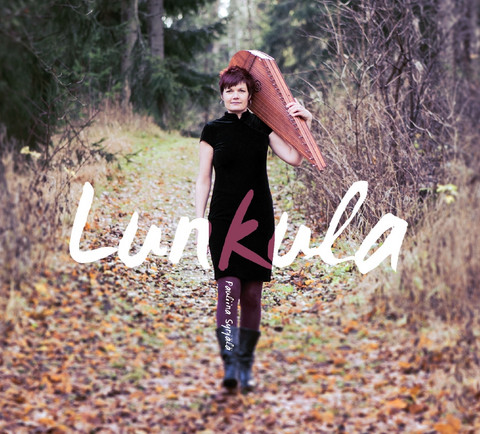 0 reviews
$ 19.29
Including VAT. 24 %
Availability 382 pcs
Music hasn’ t always been as it is now – separated from its player, available at the touch of a button, blaring at us as we shop, eat or socialise, whether we like it or not, and repeatable exactly the same, over and over.

Imagine a quiet room in a quiet wooden house, or the evening stillness by a calm lake. A person sits with a stringed instrument, animating the silence. Not playing a tune, with a beginning, middle and end, but exploring the sounds of the strings, listening as the notes overlap, chimes of sound like spreading, overlapping circles of ripples, dying away back to silence, a silence changed by their memory.

For me that’ s the essence of kantele.

Pauliina Syrjälä is a leading Finnish kantele player who specialises in a particular form of the instrument from Saarijärvi in central Finland. By the late 20th century it was rarely played, but Pauliina took it up, and she and now others are unveiling its possibilities.

Its steel strings, usually around 19– 22 in number, radiate fan-like from anchor to tuning pegs as do those of the small kanteles of 5 to about 15 strings, but its rather pleasing asymmetric teardrop shape is about the length of its heftier kin, the more-stringed diatonic and lever-equipped chromatic kanteles.

Its tuning and playing style are distinctive too: the usually three to five longest, lowest strings are wide-spaced and tuned to bass notes, while the rest are in a diatonic scale, and the traditional playing style is to pick or strum it with a small wooden stick held in one hand, reaching across occasionally to sound one of the bass strings, while the other damps and plucks.

So appealing is its sound, though, that it’ s just asking for exploration with wider techniques, and that’ s what Pauliina brings to it: plucking, strumming, stroking, brushing, hitting, damping, ‘ preparing’ , harmonics, metallic chiming, as well as traditional subjects such as reminiscence of church bells.

Of course, I’ m writing this for a recording, music separated from its player, that can be replayed over and over. But perhaps it captures some of that old feeling of revelling in sound and silence. 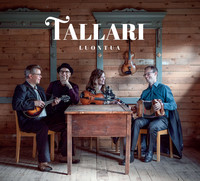 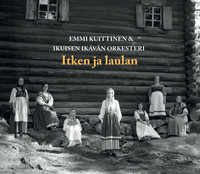